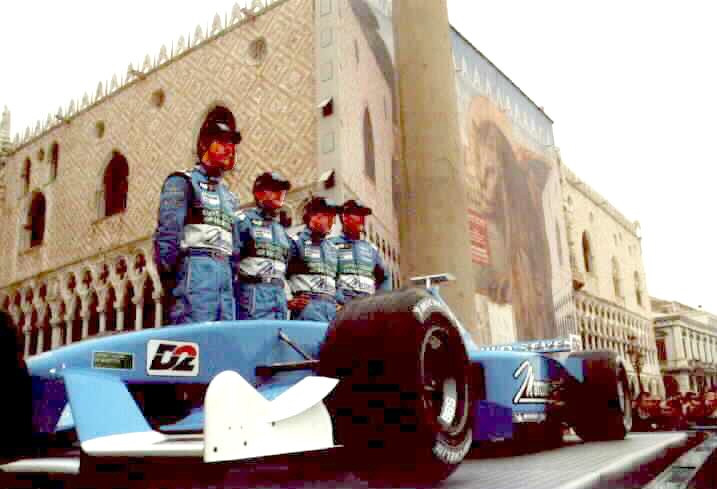 To mark the final year of Benetton as an independant team in Formula one and as a tribute to the Benetton family's Italian blood, the 2001 B201 Benetton-Renault was launched in the spectacular setting of St Mark's Square, Venice.

Surrounded by hordes of photographers and guests, and a great many curious Venicians, the new B201 made it's public debut in what looked like a tank of blue water perched on the edge of the square. It was an eerie surreal scene on a foggy February day. 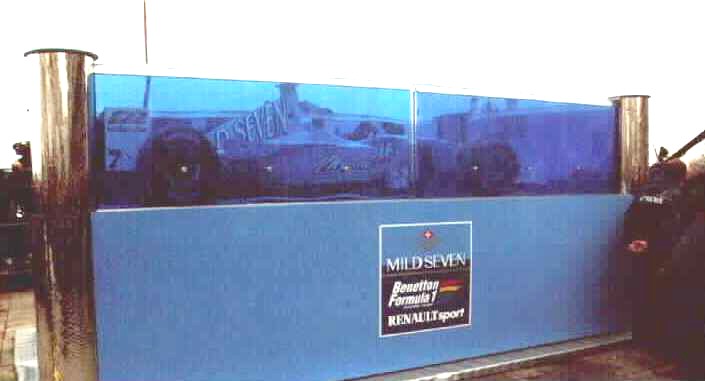 The 'tank' of water dropped away at the throw of a switch and the car itself was unvieled in front of the ancient architecture and moody splendor of Venice.Drivers Jenson Button and Giancarlo Fisichella climbered up onto the plinth and posed with the car to calls of 'give us a wave Jenson....Jenson...Over here jenson.." from the massed ranks of British press!.

Test drivers Mark Webber & Fernando Alonso joined in then were replaced by team boss Flavio Briatore and in the end by Patrick Faure of Renault and Luciano Benetton himself.

The press reception was held across the water in La Granerie, an ancient disused bakery building, a rather odd location and somewhat badly illuminated but like the rest of the excercise, very memorable for those involved. The foggy weather, water taxis, white coated waiters, gondolas and scenery all combined to create a strangely dreamlike quality to the day. Hats off the Benetton Renault for a most unusual and imaginative car launch! 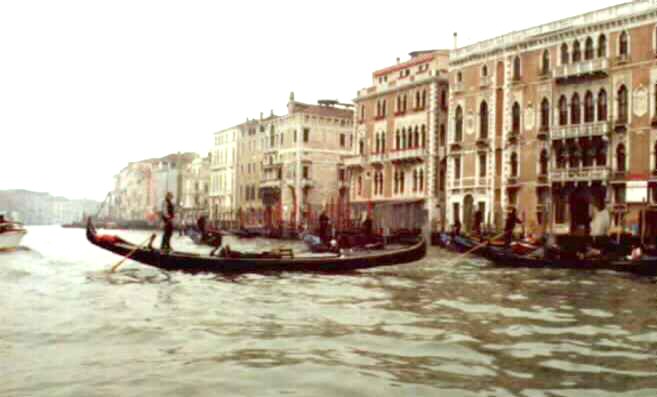 back to MOTOR SPORT FANATIC index